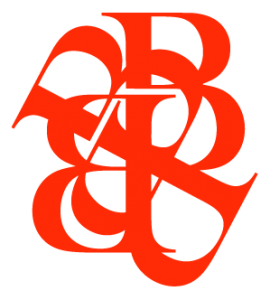 The Dutch violinist Birthe Blom initially studied with Rudolf Zwartjes and later with Jan Repko and Lex Korff de Gidts at the Amsterdam Conservatoire. She also took lessons with Herman Krebbers.
Subsequently she studied for five years with Pierre Amoyal at the Lausanne Conservatoire, where she achieved the Diplôme de Soliste and her Postgraduate-Diplôme with highest distinction.
During her studies in the Netherlands Birthe was supported by the Provision Fund for Outstanding Young Musicians and by the Fund for Young Masters.

Having won many lesser competitions, Birthe triumphed in the National Oskar Back Violin Competition in 2005.
Previously, she won First Prizes in the Competition for Young Musical Talent (1996), in the Davina van Wely Violin Competition (1999) and in the national finals of the Princess Christina Competition (2001). In the latter competition she was awarded First Prize in the piano trio category too.
Together with the pianist Christopher Devine, Birthe also won the First Prize for duos during the international competition for the European Music Prize for Youth in Weimar, Germany.In addition they were given the Hindemith Prize.
She was awarded the Kersjes van de Groenekan Scholarship, which enabled her to study abroad.

Birthe Blom was given the opportunity to perform in recitals at concert venues and during festivals in the Netherlands, throughout ten other European countries and in Japan.
As a soloist she has frequently appeared with various orchestras such as the Radio Symphony Orhestra, Radio Chamber Philharmony, Residentie Orchestra, Arthur Rubinstein Philharmony, Orchestra of the Lowlands, l’Orchestre de Chambre de Lausanne, Sinfonietta de Lausanne and Camerata de Lausanne in important concerthalls. She ragularely poyed in the Small and Big Hall of the Concertgebouw Orchestra Amsterdam.She has also performed as a soloist with orchestras in France, Russia, , Austria, Belgium, Rumania and Croatia.

Since 2007 Birthe is artistic director of the Kamermuziekfestival Hoorn.

From 2013-2015 she was appointed  as Premier Violon Solo at l’Orchestre Philharmonique de Monte Carlo.

Birthe plays a Stradivarius violin that formerly belonged to Paul Godwin and the Sartorybow of Herman Krebbers, kindly on loan from the National Musicinstrument Foundation.